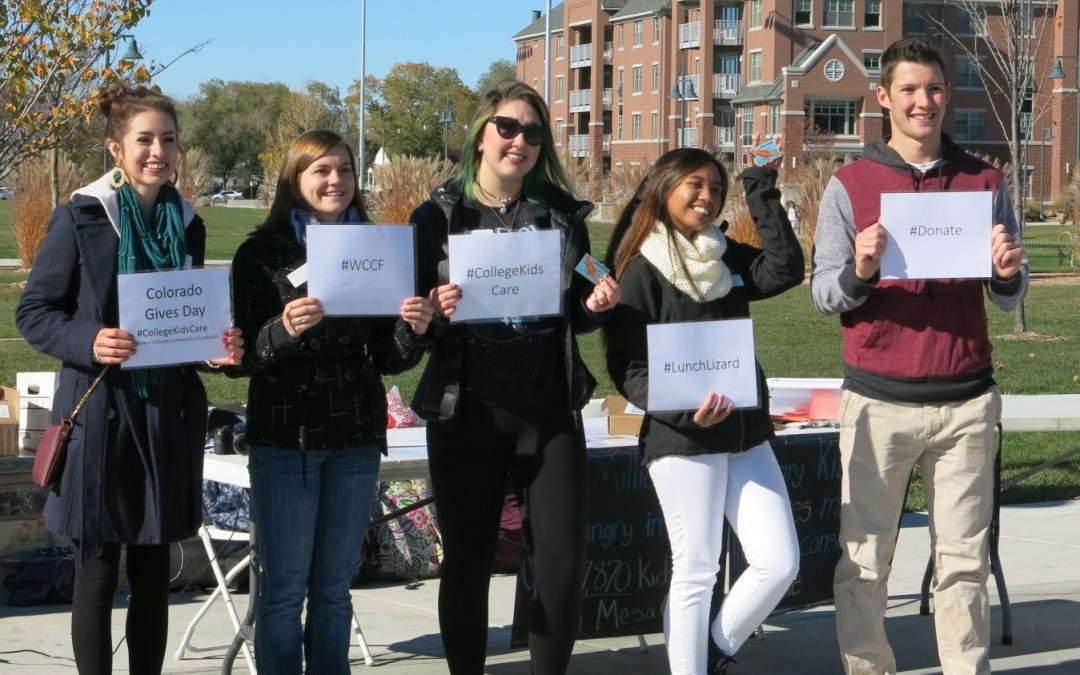 Business Honor Society students created an economic impact study and launched a marketing campaign to raise awareness among CMU students and staff about the true cost of hunger.

“The cost of hunger is almost insurmountable each year,” said Lauren Heaton, society president. “The fact that we’re actually going to be able to help feed hungry kids — we don’t get to do that in other classes. In other classes you just get a grade for your project and that’s it. We’re doing something bigger than a grade.”

The students’ economic impact study looked at economic loss, illness, impaired education and other effects of hunger. Based on those factors, the study estimated that hunger costs Mesa County more than $44 million every year.

“I think everybody who’s gotten involved in this, they’ve really learned how prevalent hunger is in Mesa County,” said Anne Wenzel, WCCF president. “They know hunger exists in (other) countries … but to know that it’s here and it’s prevalent, and that there’s something small each of us can do to make a difference.”

“I loved getting out here and talking to people and engaging the students,” Heaton said. “It’s a bunch of new experiences in one. It’s not just a project, it’s bigger than that.”

For more information about the fundraiser or to donate, go to http://www.coloradogives.org and search for Western Colorado Community Foundation.

Colorado Mesa University junior and honors business student Ryan Ruark of Grand Junction looks for donations from passers-by outside of the University Center as he and other students raise money to go toward purchasing a second Lunch Lizard food truck Thursday. The Lunch Lizard travels around the area during summer months and provides free lunches to children. The Western Colorado Community Foundation funded the first Lunch Lizard and is coordinating the effort to get a second food truck.